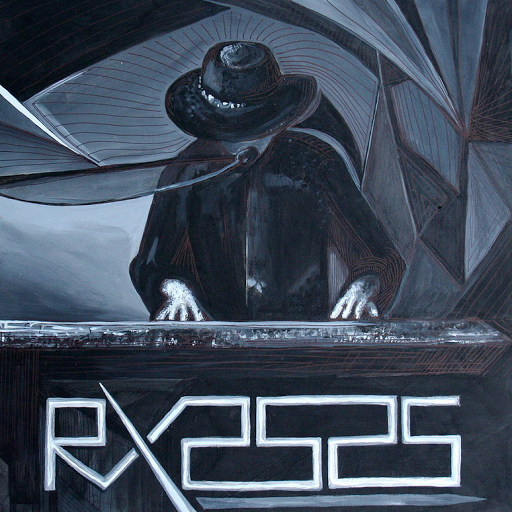 Your songs sound like music from the future.  What is your vision for the planet Earth in 1000 years?

I don't want to get stuck in the past.  I try to keep up with current musical trends. As far as the next 1000 years, I just hope that humanity doesn't destroy itself and we humans create a gentle and kind society. 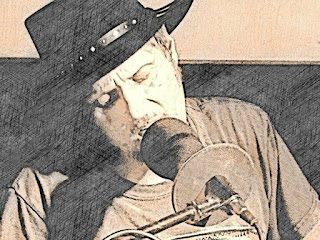 I prefer RX2525. I discovered that trying to get people to remember RobertX2525 was an exercise in futility! My stage name for the last 20 years has been ROBERTX, but I was a little tardy getting on the internet. There were other ROBERTXs whom I did not want to be confused with. At one time, I had a net/tech wizard helping me. He told me that I needed to add something to my stage name that would separate me from the others and he came up with "2525" as in the year 2525 - I thought it sounded cool so I went with it! I grew up in Norfolk/Va Beach and I was a local celebrity. I was a founding member (along with Chris Parsons who is deceased now, but who was very influential in the Tidewater Virginia music scene for a long time) of a very popular hard rock band called Mantra. 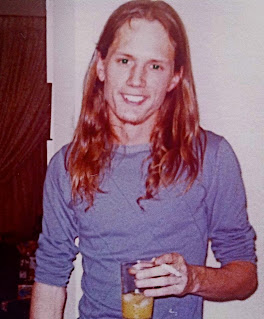 Through Mantra, I met Amy T. - "Queen of the Groupies". Every rock musician in town wanted her. Being a hot, young guitar player in the hottest rock band in town, I won her heart. I couldn't stand anyone calling her a groupie, so I married her! How do you retire a groupie? You marry her! Life was wonderful until she got strung out on cocaine and left me for the SOB who got her that way. I was heartbroken, so I decided to leave the beach and follow Jimi Hendrix's footsteps and went to play the chitlin' circuits and honky-tonks of the south for 10 years instead of going to the UK. I went westward to California for another 10 years where I became a star. Unfortunately, drugs and dishonest management ruined my career and I had to come home to Virginia with my tail between my legs. I decided to retire from the entertainment biz and be a gentleman gardener for the rest of my life, but one too many 100 degree days and I decided to resurrect my music career. I started buying equipment and composing songs.
What was your first concert? first album?

My first concert was at the Virginia Beach Dome and it was Black Sabbath on their 1971 American Tour. 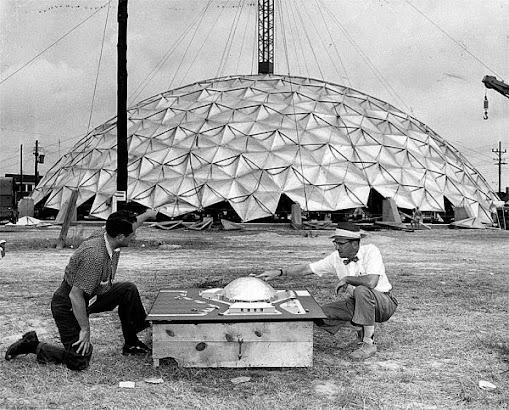 The Alan B. Shepard Civic Center in Virginia Beach, designed by Buckminster Fuller, also known as The Dome

I later played on the Dome stage myself and the whole gig I kept thinking - Jimi stood here! 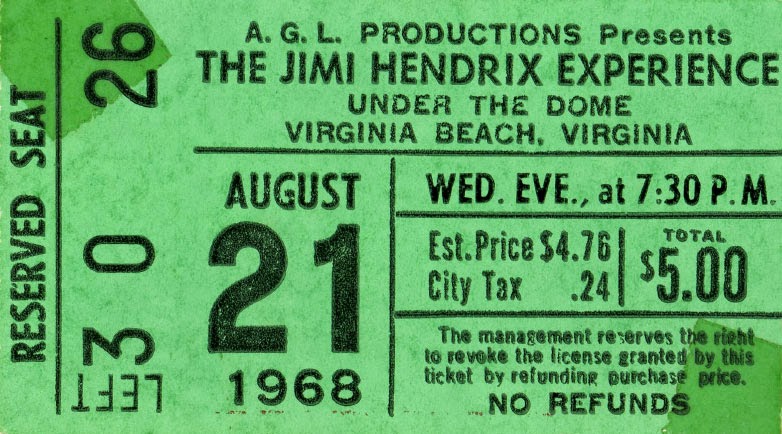 My first album was Crosby, Stills, Nash & Young's "Deja Vu". I loved their version of "Woodstock".

According to your facebook page, you share a birthday with John Lennon, October 9.  Is he an influence on your songwriting?  Who are your influences for songwriting, performing, and guitar/keyboard playing?

Yes - absolutely John Lennon and The Beatles were a huge influence on my career, but I must say it was Jimi Hendrix that pushed me over the edge. I so wanted to be like him that I patterned my career after his.

What are you currently listening to?

I noticed that many of your videos use images of Gene Simmons' daughter Sophie. How did she become your muse?

I met Sophie's father during my previous career and I was not a fan, so when the reality television show about Gene and his family, "Family Jewels", premiered in 2006 I watched it just to see what the old braggart was up to. I was smitten with his sweet, talented young daughter - so I produced a music video called "Princess Sophie". I tweeted it to her, but she would delete it from her Twitter profile every time I posted it. It was probably because I told her daddy to kiss my ass at the end of the song.

I soon realized that Sophie was unlike most young Hollywood celebs. I removed "Princess Sophie" from my Youtube channel and deemed her my artistic muse. She was sweet, humble, smart, kindhearted, and classy. I felt ashamed of myself and took a different direction. First, I produced a music video called "Rescue Me". I have 2 YouTube channels - RX2525 for promo and RobertX/RX2525 as my archive. "Rescue Me" never saw the light of day on Sophie's Twitter profile and I was extremely sad about this. In my despair, I wrote a sad and beautiful unrequited love song for Sophie called "I Dream of You". I produced a video of it, even though I was suffering from extreme depression and despair at the time. I tweeted it to her Twitter profile everyday for a month and nothing happened. I considered that maybe I should leave her alone and commit suicide.

The very last time I viewed her Twitter profile - low and behold - she had allowed it on her TOP VIDEOS and it stayed there for an entire year! Her kind heart rescued me, so I make one video a year for her and she always allows them on her TOP TWEETS. There is no doubt that I adore her and over the last 4 years we've become social media friends.

I would venture a guess that I am her fave Twitter follower. I twitter flirt with her everyday! Over the last 4 years, she has only deleted one of my tweets to her. It was a music video I produced, not about her, called "I Want You #wannatapthatlittleass". It's about this young girl I love called Gypsy. I will not even venture a guess as to why Sophie dislikes this video. I have told Sophie many times via Twitter that I will not ride her coattails to fame or profit from her name and have asked her not to help me garner fame. I would like to think that she respects me because of this. With a click of her mouse she could delete me out of her life, but she doesn't. For that, I will always adore her. 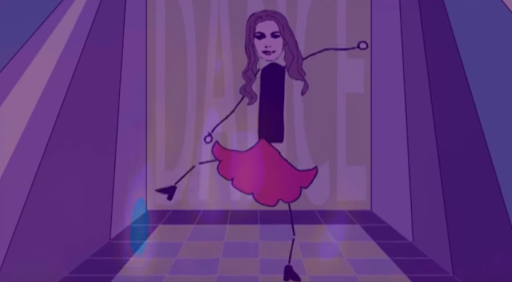 Talk about a few of your songs - "Diggy Diggy Pow Pow"?

I'm a rabid TMZ fan. I lived in southern California and I get the importance of tabloids. I produced "TMZ" to make friends with the most influential tabloid in the biz. I purposely gave it few lyrics because it would seem lame to say something like "I'm a TMZ fan - yes I am", so I played on the inside joke about TMZ journalist Shevonne Sullivan being a future cat lady. The "meows" in the song are Shevonne's cat.  The lyrics are "I salute the dancers/I salute TMZ/and I salute Shevonne Sullivan-and her cat". It was a hit with TMZ producer Rick Mitchell. He gave it a thumbs up! Unfortunately, Shevonne promptly blocked me from her Twitter profile! When I play "TMZ" live, I salute Shevonne with my middle finger!

I wrote "Stardust" on my mother's piano when I was 12 years old. I produced this video to show my mother, but she passed away 2 weeks before I could get to Louisville, where I was born, and show it to her.

That's an early EDM/Rap song I produced hoping that my white rapper son would write some lyrics for it. He never did.

This is an instrumental rock song I produced to celebrate the fact that I was a successful and popular rock musician for many years. I occasionally produce rock songs because that's where my roots are. I am currently producing a gnarly rock song called "SOPHIEX".  It should be complete soon.

Do you perform any cover songs?

I rarely do covers these days because I did cover songs for 30 years in barroom bands. I do one cover song in my current live show - "California Dreamin'".

A Yamaha MOTIF XF6 is featured in your videos. Is that the keyboard you write and record with? 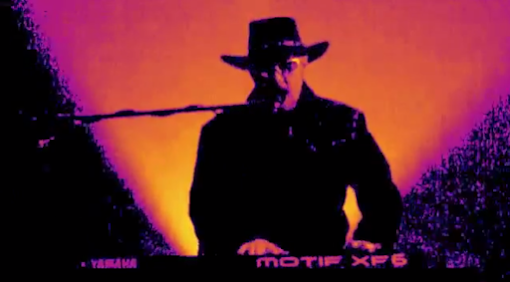 The Motif is a very expensive studio keyboard that I gave to my son for his recording studio. I only use it in my videos because it looks more impressive than my workhorse keyboard - a Yamaha MM6. I own 3 of them. Every song I have produced was recorded with a MM6. I don't use a guitar amp, but a small and powerful 2500 watt PA system.

Your face is often hidden in the shadow of your hat or microphone and distorted with digital effects in your videos. Do you direct them?

My videos are mysterious because I am not young and pretty anymore and I try to hide my appearance as much as possible. I do not want to be the butt of a thousand ugly jokes! I film them, but I pay others to do the artwork and editing. My earlier videos were done by several people, but my son renders all my newer videos. Two of my videos, "She's Just So Damn Pretty" and "Bad Bad Man" (*no longer available as of August 2020) were rendered by a talented, pretty young artist that I love named Gypsy. She also sings backup on "She's Just So Damn Pretty" and is the pretty Gypsy girl that I sing about in "I Want You #wannatapthatlittleass". She plays the part of the pretty girl in "Bad Bad Man" who kicks the bad bad man's ass!

If you had a whole bunch of money to make a video for your song "Dancetopia" - what it would be like?

If I had unlimited funds for a video, I would rent the club Peabody's in Virginia Beach. I once referred to Peabody's as "Dancetopia" and it served as the inspiration for the song. I would hire the band Here Come the Mummies to be my back up band and I would want Sophie to be my pretty dancing girl. I hope to make this music video someday because I promise on everything that is holy - this song/video will be a massive mega hit! 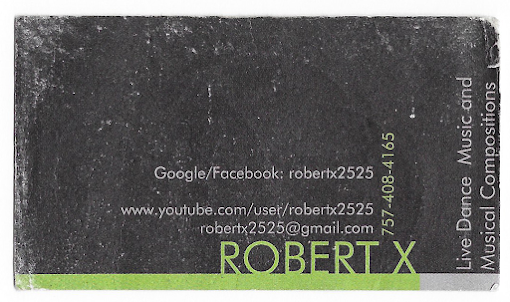 What are your musical plans for the future?

I intend to find someone with excellent business skills to represent me and to manage my career. Where as I am an extremely talented songwriter and performer - I am also the worst businessman that ever lived. I intend to become a star and make a better life for me and children.

Back in the old days, one always played in bands. One man bands were frowned upon. Now, thanks to advances in technology - bands are becoming obsolete. My Yamaha MM6 is an absolute delight. It plays guitar/bass and drums for me with the touch of a key! Thus eliminating unreliable humans! After 30 plus years of having to put up with prima donnas, drunks, and dipshits - I find this new world of technology quite wonderful! 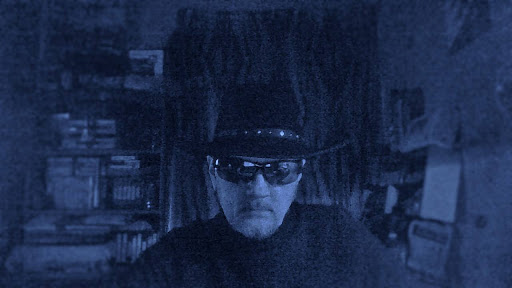 Check out RX2525 on Facebook, Spotify, NumberOneMusic, LinkedIn, and Amazon

Buy a poster of him here.