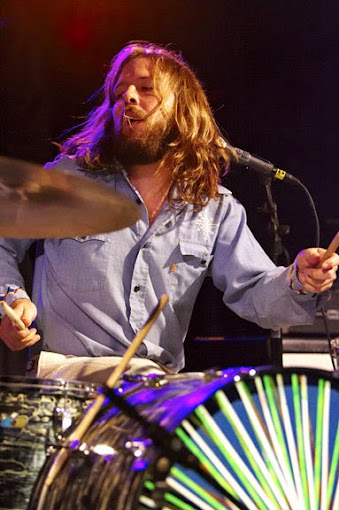 Scott Nurkin usually has his back to a wall when he bangs drums for Birds of Avalon or Dynamite Brothers. But when he works on a mural, he faces the wall and his back is facing all of us watching him paint. He can answer questions while he paints or plays the drums, so let's begin.

You've done a million murals. What was the first and how did it happen?

I took a job straight out of college working for another muralist who was looking for assistants. I think my very first "mural" was painting leaf silhouettes on methane tanks on the greenway walk in Chapel Hill. A cop tried to ticket me because she thought I was painting pot leaves, but in actuality it was sycamores, oaks, maples and pecan. True story.

Did you ever see the movie Xanadu? I haven't seen it since it came out, but it probably has everything to do with who I am today. 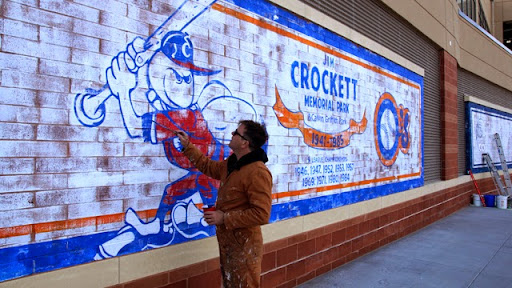 Lettering is not my favorite. It's crazy tedious and if you are off by half an inch it looks terrible. That said, there is a wonderfully fine art to doing it and there are amazing no-joke sign painters (wall dogs) out there that could teach every artist a thing or two. Have you seen that movie "Sign Painters"? It just might change your life. 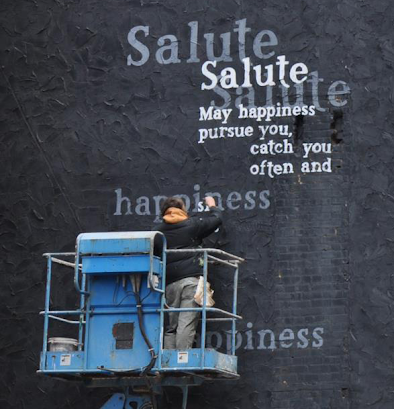 It's taken me forever to get a system down for lettering and I still make mistakes all day long.  Sometimes I will cut templates and other times I will freehand depending on the job.  I hate both techniques and am rarely satisfied with the outcome. Favorite letters: I, Z, X, Y, and J. Least favorites: O and G 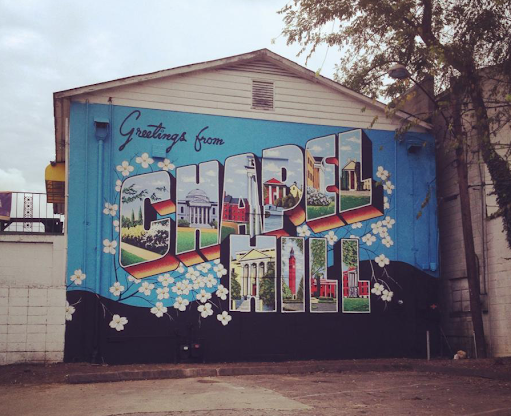 Have you ever had a strange experience with a bug or some other kind of creature while you were working?

I was painting a mural at the aquarium at Fort Fisher (Kure Beach), it was mid-September and for some reason it was really hot and humid with tons of rain. 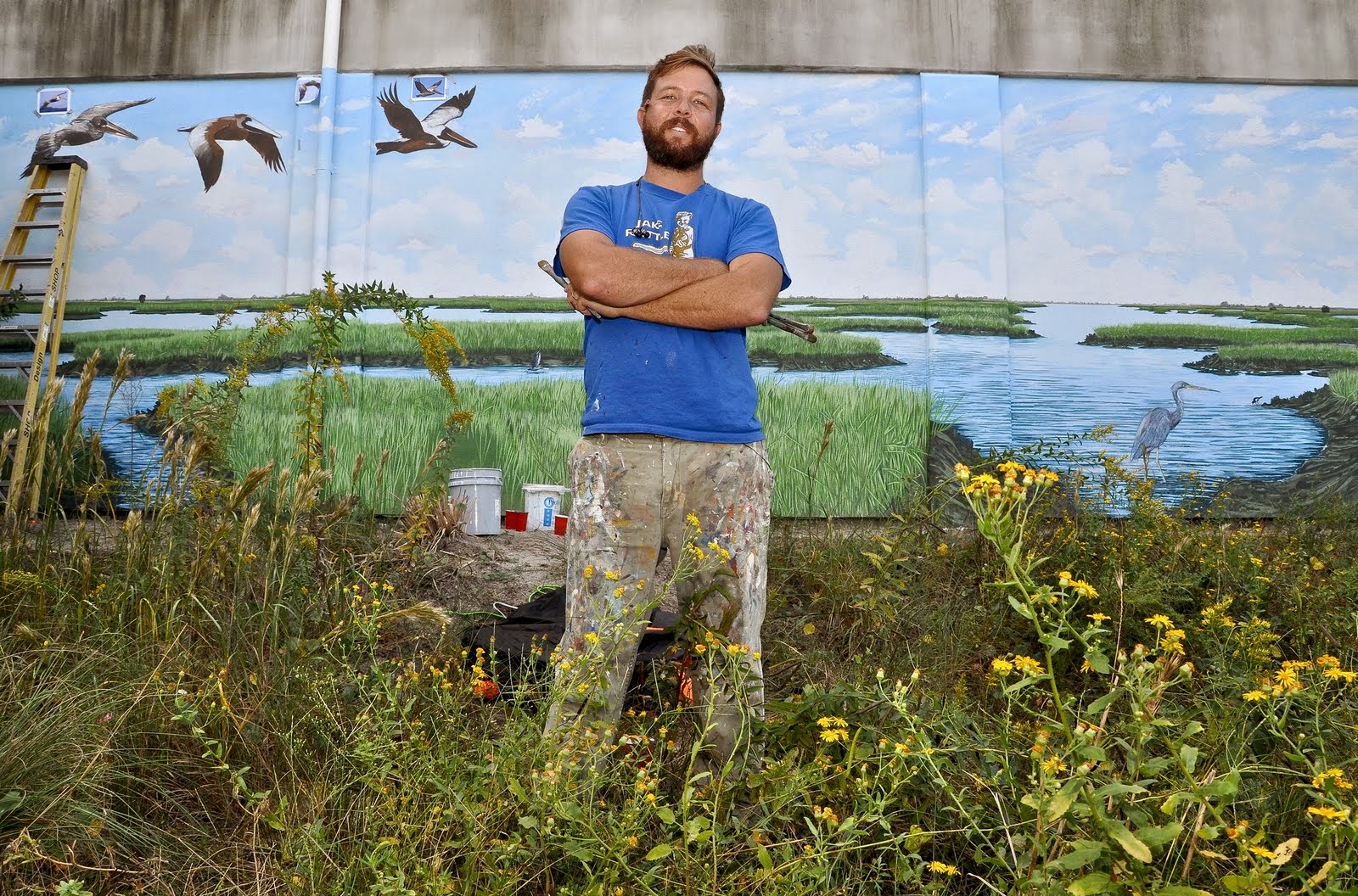 There were so many mosquitoes that I had to set up industrial fans facing me in separate directions to keep them from landing on me. You could literally see clouds of them. I also had this badass hunting device that you wear on your belt when you're in the deer stand or whatever. It smolders some chemical and keeps bugs away for like a 10 ft. radius. I would totally endorse that product if I could remember what it was called. It worked amazingly well. 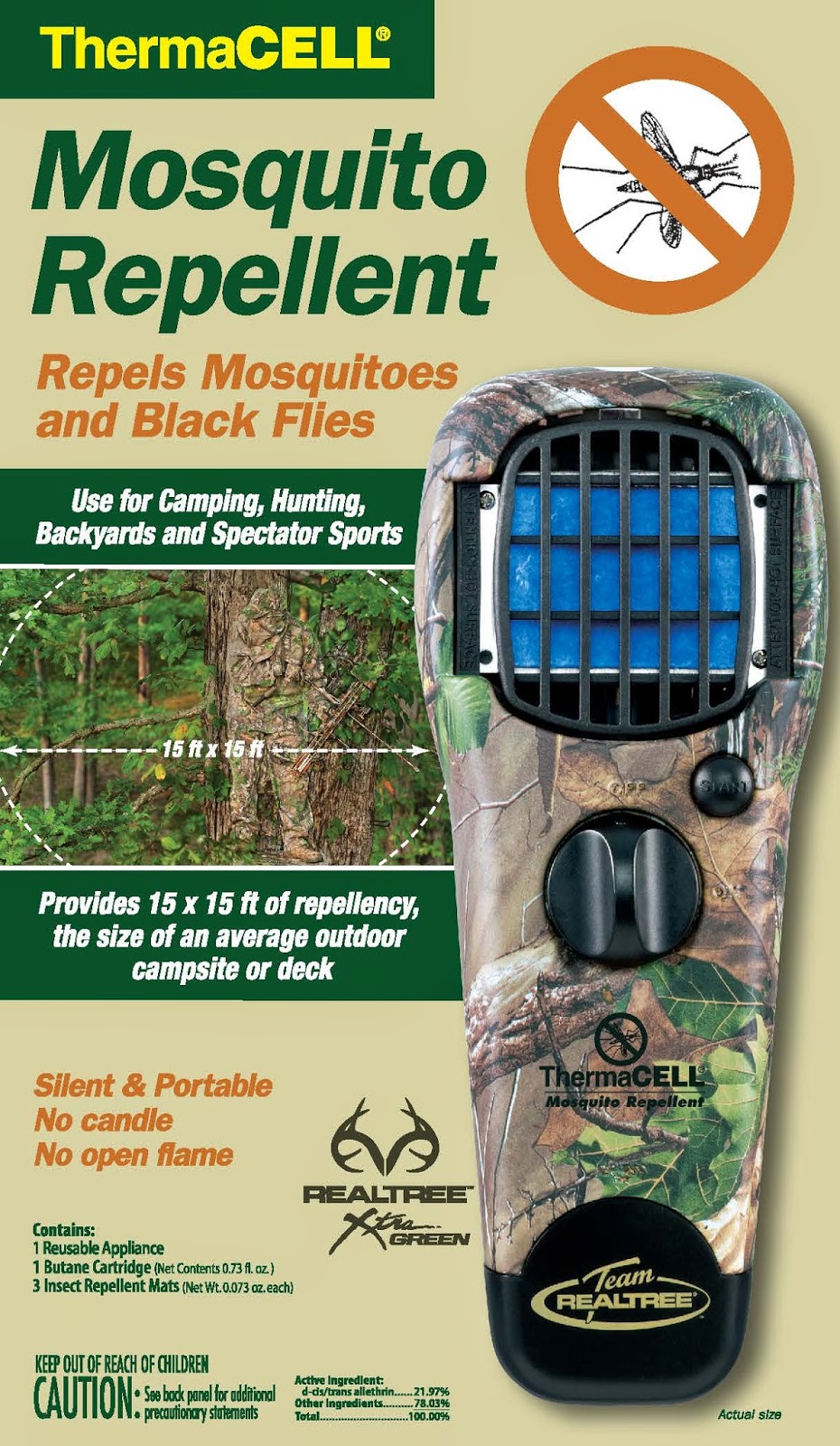 Someone could cause a lot of trouble by adding a few dashes of flesh colored paint here and there to an easily accessible mural at street level. Never mind a full-on graffiti attack - a deranged, sneaky artist could subtly alter a mural for sinister purposes. Does this ever cross your mind in the planning process? Has a business owner ever modified or updated one of your murals without your knowledge?

Unfortunately, the only thing people have added to the stuff I've done has been shitty tags or graffiti. And it is always really poorly done. If someone were to come along and alter something in a tasteful or funny or just badass way, I'd be down with it. I learned not to get too attached or precious about a wall painting.  They have pretty short lifespans. As far as modifying things, there's a family owned hotdog/burger joint in a small town here in NC.

They had me paint a 10 ft. anthropomorphized hotdog on the side of their building, smoking a pipe with a hamburger in one hand and an ice cream cone in the other. It was pretty sick. I went back a year after I painted it and saw that the owner had signed her name to the painting.

What Beatles' song would make the coolest mural?

"You Know My Name (Look Up the Number)" or maybe "Flying". Or any of them really. Except "Ob-La-Di, Ob-La-Da". I apologize for that. 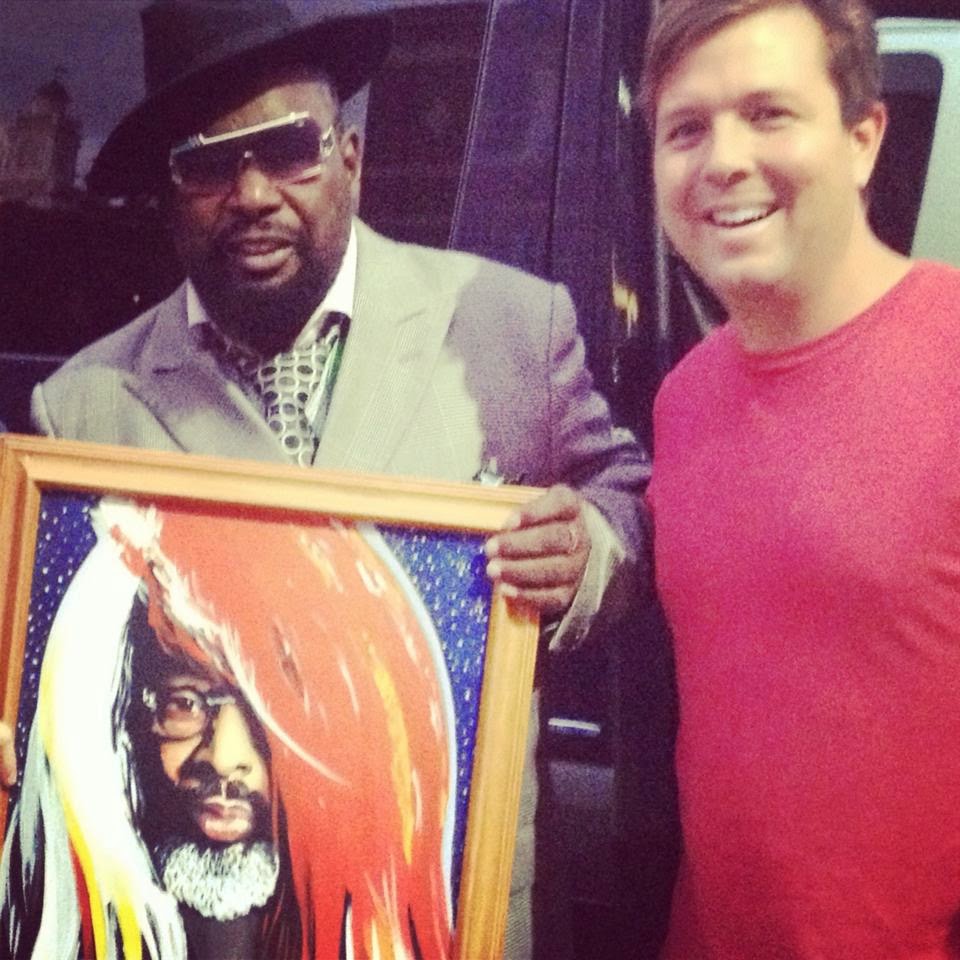 Recently, you posed a "Classic Rock Radio Challenge" for folks to guess the song that was playing at a certain time and win a mural. Did anyone win?

No one has won yet! Although lots of close calls. There are strict rules. It can only take place on Friday, in Charlotte, NC. The player has to guess the name of the artist and the title of the song. I tune in to 95.7 FM The Ride at a random time and if someone gets it - they win. Simple as that. It's not as easy as it seems because everyone has a classic rock song already cued up in their head at all times (mine right now: BTO - "You Ain't Seen Nothing Yet") that they think it might be. But there are like at least 17 in rotation. It's tough.

You attended Kenny Powers' somewhat lackluster 4th of July tent party in Myrtle Beach as part of the combo providing musical entertainment. Any memories of that special night you'd like to share?

The dead, confused stares coming from the 80-year-old professional shaggers while we played a slow, lo-fi, poorly rehearsed version of "Carolina Girls" is an image that will forever be burned into my synapses. 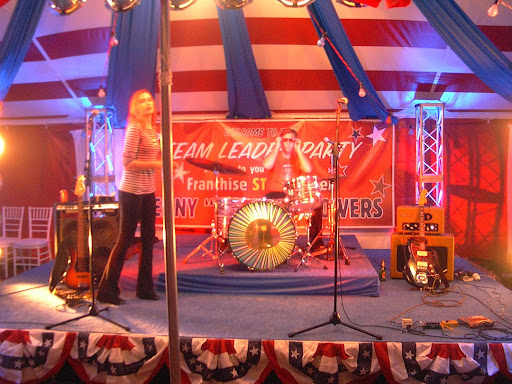 Contact Scott and see more of his murals and signs here.