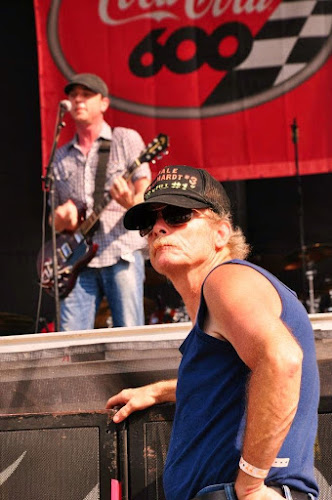 Songwriter/musician/interviewee Mike Mitschele trampoline jumped to international fame in Jolene and has since played hundreds of different songs in different styles on all sorts of stages as part of innumerable musical combos. Whether he likes it or not, his tombstone will most likely only include a mention of just one of his bands - the conveniently indescribable Alternative Champs.

What was the first album you bought?

The first album I bought was "Dirty Deeds Done Dirt Cheap" by AC/DC. I think I meant to buy "Back in Black" but wasn't paying much attention at the time. My parents found it later that day in my room and promptly made me take it back to Record Bar because of the song "Big Balls". I had to exchange it for the more family friendly Hall and Oates "Private Eyes". This life choice really comes across in my songwriting to this day.

I'm going to have to say "Poundcake" by Van Halen. I like most of Van's stuff but he really missed the mark with this one. Who the hell names "lady parts" after a moist and fattening dessert Mr. Halen...shame, shame. And let's leave the power tools in the garage. 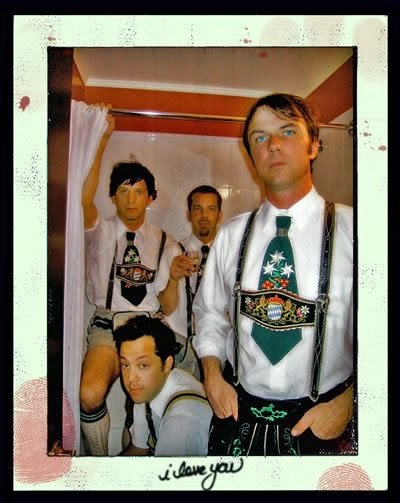 
Alternative Champs once ended a show at The Visulite by playing an endless loop of a verse and chorus of Chuck Mangione's "Feels So Good" over and over again until the houselights turned on and people realized the place was closing.  It may have devolved into a loose cacophony after 50 times, but the basic tune was still there.  Was that planned?  Have there been any other show stunts that were pitched but never attempted for fear of audience revolt or club owner disapproval?

That was planned I think...sometimes we like to take it a bit far. I think we did the same thing with "If You Leave Me Now" by Chicago at Snug Harbor one night. Some songs just want to keep going and who are we to stop them. We also once did a singer/songwriter night at the Double Door where we programmed a song in our keyboard that went on forever. We made up a really easy "sing along" chorus and started to bring people up from the crowd to join in. Once we had about 10-12 people up on stage we snuck off and changed out of our costumes upstairs, came back down, bought an adult beverage, and joined the crowd. We then waited to see how long it would take for anybody to notice... it was a good 15 minutes of awkward awesomeness.

You played Van Halen's "Eruption" on a jukebox at a bowling alley 20 times in a row.  What was the reaction like?  How much did it cost?

The reaction was a bunch of frowny faces and it was priceless.

Have you ever been to Fort Awesome in Lansing, NC (195 miles from Rockingham)? The Champs' 2005 album "Welcome to Fort Awesome" came out before it was established. Is there a connection between the two? 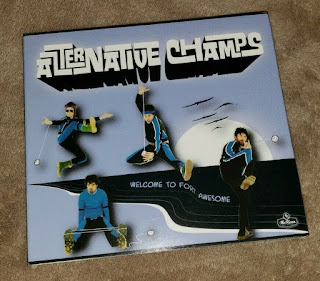 I have not been there. I've heard it's amazing! It is an old school site that was turned into an art center up in the mountains. It was started by Jim McGuire and a few other artists from the Charlotte area. I think they named it after our album. I could be wrong though. The album name came from somebody's ink pen writing on a table at Caribou Coffee on East Blvd. I believe it was originally a "NewsRadio" reference to what the station's owner nicknamed all of his houses.

Has a riff or a lyric ever come to you in a dream?

I dreamt most of the song "Kickin' it with Chickens". Not much of a song, but in my dream the whole crowd was chanting "CHICKENS....CHICKENS....CHICKENS" while I played some moronic guitar riff. I tried to sell it to Chick-fil-A once, but they just told me to order some food or step aside.

Are there any pieces of musical advice you picked up from playing with the great Rodney Lanier in Jolene? Any funny, untold road stories?

I learned to lay back and not rush through the parts I'm playing so much. He was always in his own pocket of time, but it always sounded amazing. Might be something in that "only rolling up one t-shirt sleeve" thing he did? All my road stories are of "Tough Man" and arm wrestling competitions he used to enter while on tour in the deep south. He would let me tag along sometimes and carry his trophies back to the hotel after matches. He was a beast in the ring. He once slept on a guy just for shooting at him for snoring! 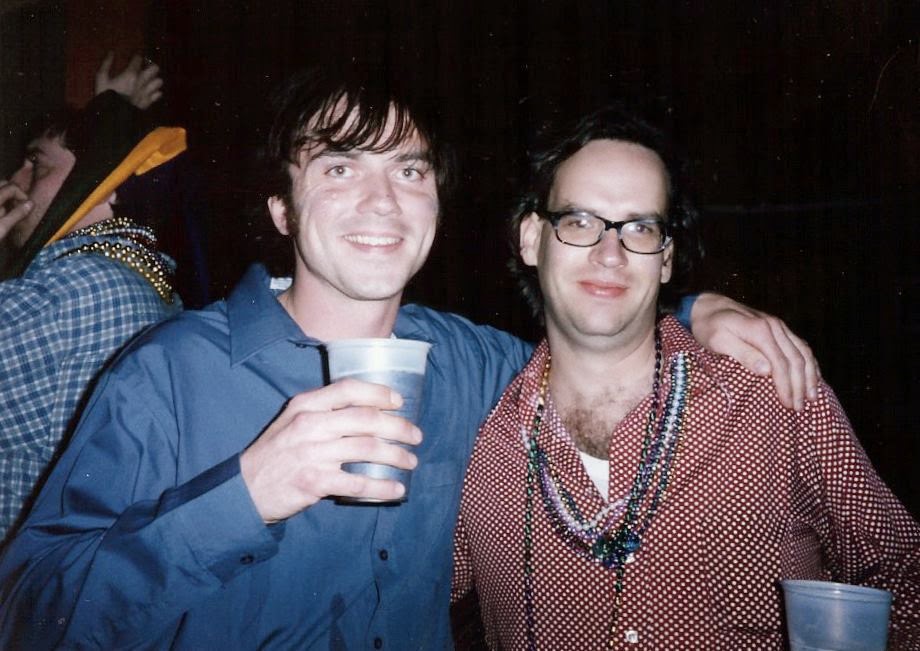