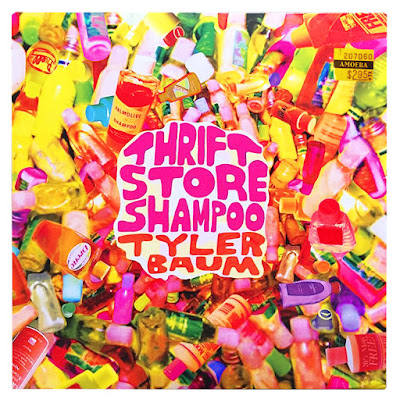 
7" EP found at the Salvation Army Thrift Store on Riverside Drive in Danville, Virginia. It's the soundtrack to a short animated film that you can view here.

The songs range from emotionless mockeries of punk and jazz to spoken word ramblings over cheap drum machine beats and pseudo-psychedelic experimental surf soup. There was a large gash on side two that rendered most of the songs unlistenable. The record label is scratch and sniff. The scent is pleasant, but too powerful.

There was half of a folded up 1988 map of Manitoba included with the EP, but it could possibly have been put there by mistake.

Side Two - There's Something I've Been Thinking About, Psychic Surf Hotline, Black Licorice and Cilantro

All of the songs are very short. And there's a nude former U.S. President hidden on the back cover. It took a while to notice and cannot be unseen once seen.