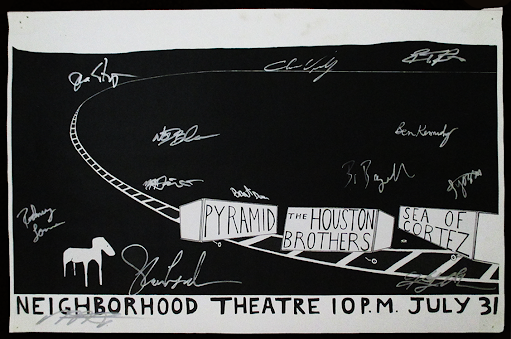 How many times have 3 bands combined songs and joined each other onstage at the same time to play a 17-song set in Charlotte, NC? Once. Ten years ago on the night of a blue moon, July 31, 2004. For $7 ($9 at the door) one could enter the Neighborhood Theatre, buy a beer, take a seat in one of the rows of seats permanently affixed to the floor, stare at the stage, and marvel at the vast array of wires, pedals, instruments, amps, and mics carefully arranged and endlessly adjusted by the members of Sea of Cortez, Pyramid, and The Houston Brothers. 14 people. Over one loose ton of human flesh, bone, and hair! 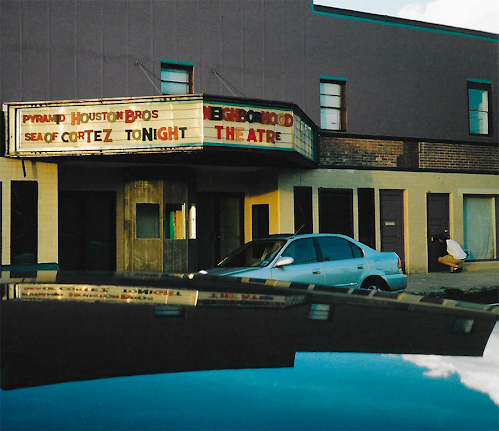 Pyramid was an 8-member band that switched instruments on occasion, Sea of Cortez had 7 members at the time, and The Houston Brothers were two brothers and a bass player. That adds up to 18 people. Hold on. Wait a sec. Where were the other 4? Well, some participants in that evening's show were members of both Pyramid AND Sea of Cortez. Astounding, isn't it? How did everybody remember what to play, when, and with what emotion? They made little tiny setlist/instrument list things to put in their front shirt pockets. 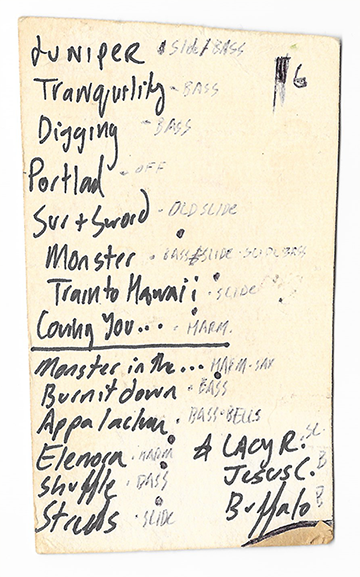 One member of the "Sea of Pyramid Brothers" that wishes to remain anonymous recalled not knowing what was going on.  "I just wung it.  Or winged it.  Which one sounds better? If I didn't recognize the song after a few measures, I'd wander over to someone who wasn't busy at the moment and ask to look at their little list thing. If I couldn't understand their handwriting, I'd just point to what song I thought it was and nod." 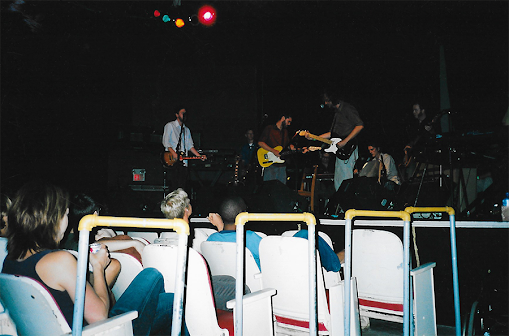 "If they nodded in agreement back to me, then I knew we were good. If they nodded no, I'd go ask somebody else. There were more than enough people to ask! I typed a list at home but forgot to print it out before I left. I often wonder if things would have turned out differently if I'd brought it. I still have the file. Haven't printed it out, but I might someday."

Luckily, things turned out fine. Listen and download tracks from the show here, read more about it here, and watch one song here.